ZE: A’s Park Hyung Sik and Han So Hee will be the leading actors in a new music romance drama, “Soundtrack #1.”

Will Park Hyung Sik and Han So Hee Turn Their Friendship into Love Story in the New Music Romance Drama “Soundtrack #1”?

On November 29, a Korean actor who is also an idol Park Hyung Sik and a rising star Han So Hee have confirmed to appear in a new romance Korean drama entitled “Soundtrack #1” (literal title). Previously, the title was known as “Why Did You Come To My House.”

“Soundtrack #1” is NHNBugs’s new music drama, which is a music streaming platform. Moreover, director Kim He Won, who previously helmed the popular Korean dramas The Crowned Clown” (2019) and “Vincenzo” (2021), will direct the drama. Meanwhile, writer Chae Yoon, who wrote “She Would Never Know,” will write the script.

The music romance drama “Soundtrack #1” follows a man and a woman who have been in a long friendship for 20 years. But, when they live together for two weeks, they start to realize their true feelings for each other.

In this upcoming drama, Park Hyung Sik will take the male lead role, Han Sun Woo. He is a rising photographer who has a warm and caring personality.

Meanwhile, Han Soo Hee will take the role of the female lead, Lee Eun Soo. She is a cheerful and honest lyricist who loves expressing what’s on her mind freely.

The upcoming music romance drama “Soundtrack #1” will have four episodes and will premiere sometime in 2022. In addition, various contents such as music videos are planned to be released as well.

First Collaboration of Park Hyung Sik and Han So Hee

The new Korean drama that will premiere sometime in 2022 will be the first project for Park Hyung Sik and Han So Hee together. So, many Kdrama fans are very much anticipating their chemistry in the upcoming romance drama.

Park Hyung Sik is currently playing in a thriller drama series “Happiness,” his comeback drama after discharge from the military service earlier this year.

Meanwhile, the upcoming drama will be Han So Hee’s first confirmed new drama in 2022. As reported, she has been given a casting offer to play in K-Project with Park Seo Joon and Wi Ha Joon, and currently, she is still reviewing her cast offer and has no updates regarding her decision.

So Kdrama lovers, are you excited to see Park Hyung Sik and Han So Hee in this new music romance drama?

In the meantime, let’s watch Park Hyung Sik fighting people with infectious plague in “Happiness” and Han Soo Hee taking revenge for his father’s death in “My Name.” 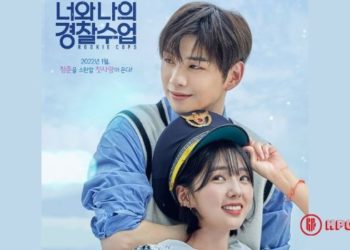