After the success of BTS “ON” kinetic music video, which got more than 69 million views on YouTube within 24 hours, the septet is releasing another music video of the same single. BTS “ON” new cinematic music video is full of hints, clues, and mind-blowing references. Which of these 10 details have you spotted? Let’s take a look at what you might have missed.

At the beginning of BTS “ON” MV, it shows land in a mess after a battle. There, Jin finds a white dove pierced with a piece of an arrow. In some religions, beliefs, and cultures, doves symbolize love and peace.

We can say that this is one of MV’s many biblical references (or movie references). The scene of RM standing next to a shipwrecked boat, surrounded by exotic animals, likely points to Noah’s Ark.

In the Noah’s Ark story, God flooded the Earth to wipe out the wickedness, return the world to its pre-creation state, and begin a new life. Noah and his family were righteous people, and God asked him to build an ark to save them from the flood, along with animals.

The story comes after prisoner Jungkook runaway. He collapsed from exhaustion. Then, he is picked by a raven. As many knows, ravens symbolize death. There, near Jungkook, appears J-Hope wearing black and white. As he raps, the raven flies away from Jungkook’s body.

In the third concept photos of BTS’s Map of the Soul: 7, we can see that they are inspired by “The Last Supper” painting. It is not surprising then that we can spot many biblical references in this “ON” cinematic movie video.

Here Jungkook is cuffed with barbs instead of rope or chain. It is interesting that in the Bible, Jesus was crowned with thorns as a “king of the jews” before nailed to a cross.

In the next scene, we can see Jungkook has been transported to a river, which symbolizes baptism. In the Bible, it is stated that Jesus was baptized in the river by John the Baptist.

Jungkook slowly walks towards the river and comes into it. Then he puts his cuffed hands into the water, and when he takes them out, his hands are free. This could mean his old life of imprisonment has died, and a new life of freedom begins.

6. Lead to the future

Jimin appears with a child, holding a drum. After hearing Jimin sings and dances, the child begins to play his drum.

In another scene, V appears with a blindfolded girl trapped in a wall. In the beginning, they all look desperate. At the end, V decides to open the girl’s blindfold and hold her hand.

In both situations, it is as if BTS leads others away from wicked past and walk together to welcome a new future.

If you can remember, in “Make It Right” music video, the hero must go to slay a dragon, but he can’t do it alone. He needs help from a girl, which is believed to represent ARMY.

In the “ON”, after V opens the girl’s blindfold, they walk hand in hand. This blonde girl closely resembles the girl from “Make It Right”. An ARMY noticed and tweeted about it.

SO IT WAS TAEHYUNG EVERYONE I- pic.twitter.com/93RM2zUB1v

Another religious reference is shown in this breathtaking aerial shot. How V lies on the ground with arms outstretched call to mind images of Jesus on the cross.

Remember the very beginning of this movie video where Jin finds a dove pierced with an arrow? He brings the dove to a room filled with empty cages.

Jin indeed often plays the role of protector in BTS’s MVs. The way he embraces the empty cage in “ON” is much similar like when he holds a lantern with a flower in “Fake Love”.

10. Movie and TV references are plentiful!

Movie enthusiasts have spotted several references in BTS “ON” MV, including…

Let’s watch again to check if you can spot the clues, hints, and references in BTS “ON” Cinematic Music Video.

Please let us know in the comment section below if you can find some other more details in the “ON” Cinematic Music Video.. 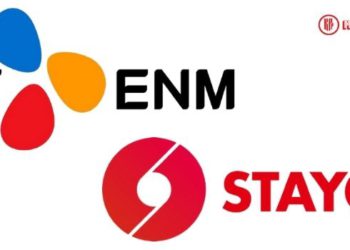