TWICE Tease Fans with Beyond LIVE – TWICE: World in A Day Online Concert

For the first time Kpop girl group under JYP Entertainment, TWICE, held an online concert on August 9 at 3 pm KST called Beyond LIVE: TWICE: World in a Day. After the online concert, Jihyo announced that TWICE would be releasing MORE & MORE English Version.

Beyond LIVE – TWICE: World in A Day

TWICE ONLINE CONCERT
Beyond LIVE – TWICE : World in A Day

Through Naver VLive, the nine-piece Kpop girl group under JYP Entertainment held an online concert for the first time. The concert, “Beyond Live – TWICE: World in A Day, aired through Naver VLive. This is TWICE concert after the cancellation of the final concert of their world tour “TWICELIGHTS in Seoul FINALE” due to coronavirus pandemic.

During the concert TWICE: World in A Day, the girls stunningly performed their hit tracks, like:

Interactive Concert with ONCE

What an unforgettable experience it was 😭❤️ I had so much fun watching you ladies 💜 you killed that concert with your perfect performances.
Please tell us the guess game, it was firework right?! I couldn't tell while watching the concert 😭@JYPETWICE

Although TWICE couldn’t see the fans in person, they could communicate with ONCE through videos on the screen. Moreover, TWICE members were able to read through fans’ comments.

Sana confessed, ‘“I was really nervous, but thanks to ONCE’s positive reactions, I was able to do well.”

Not only Sana who was nervous, but the other members were also nervous since that was their first online concert. The nervousness was disappeared when TWICE remember ONCE, as revealed by Chaeyoung, “However, my worries disappeared since it really feels like we’re holding this concert together with ONCE,”

Momo added, “I’m really glad since I can feel ONCE’s energy and passion all the way here.”

Right after the performance of MORE & MORE, Jihyo revealed that there would be another surprise for fans. Mina spoiled a bit of the surprise, “MORE & MORE English version is going to be released.”

The online paid concert was live-streamed worldwide through Naver VLive at 3 pm KST. The online concert is a series by Beyond Live Corporation, a joint venture of two leading Kpop agencies, JYP Entertainment and SM Entertainment.

SM announced that it acquired a 100 billion Won (around $83.8 million) investment from Naver, which is distributed into two partners: SMEJ Plus and Mystic Story. SM CEO Lee Sung-soo stated that the collaboration would enable Kpop fans to enjoy various content.

The concert is started in April with Super M and other SM artists. They used different interactive features and augmented reality to have live chats between Kpop fans and Kpop idols.

BTS to Launch Break the Silence: The Movie – PERSONA 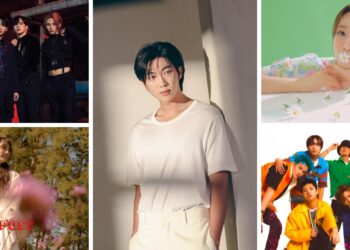 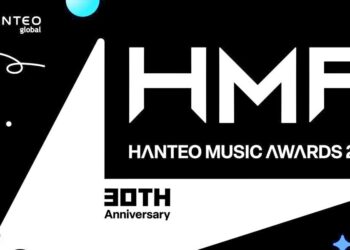