BTS Jungkook breaks another record, not on Billboard or any other charts, but TikTok! Despite not having a TikTok account, #Jungkook has surpassed 20 billion views on TikTok. Not only that, but the world will also talk over Jungkook for his steamy ‘My Time’ Performance at MOS ON:E concert.

Bangtan Sonyeondan or BTS has an official TikTok account and pretty active on this social platform. However, the account is created for all members, and none of the BTS members has a personal TikTok account.

JUNGKOOK holds the WORLD RECORD of MOST VIEWED INDIVIDUAL HASHTAG on TIKTOK. If you will include all his hashtags you will not finish to compile and compute within the day.

BTS Jungkook becomes the first and only person in the world to surpass 20 billion views on TikTok, despite not having a personal TikTok account. The record is made by several hashtags, like #Jungkook, #BTSJungkook, #Kookie, #Jungkookie, as well as #Jungkookedit, #Jungkookhot, #happybirthdayjungkook, and #jeon_jungkook.

This is not the first time Jungkook breaking a record on the social media platform. Previously, he won MTV Millennial Awards for ‘Instagrammer Global,’ defeating famous celebrities such as Ariana Grande, Marshmello, and Shawn Mendes. Although Jungkook does not have an Instagram account, he was the first Korean artist to win this award.

Have You Watched the Mind-Blowing Jungkook ‘My Time’ Performance in BTS Map of the Soul ON:E Concert?

Not only on TikTok, but Jungkook also took over Twitter during and after the BTS Map of the Soul ON:E concert. Jungkook steamy performance of ‘My Time’ blew fans away!

My Time by Jeon Jungkook. pic.twitter.com/f3LyV8BFNA

there’s just no way i’ll ever get over my time jungkook pic.twitter.com/K0aocRFmMC

my time jungkook is all i’m thinking about pic.twitter.com/dSQp9bBBQt

Wasn’t ready to be attacked by 10000 JUNGKOOK singing MY TIME while doing sexy choreo, in leather…Seriously⁉️😰

More to read about BTS

Get to Know Secret Number Jinny, who is Nearly a BLACKPINK Member 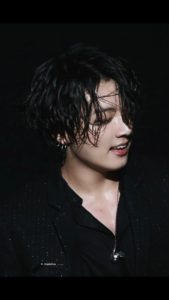