On August 24, the ‘Content Marketing Summit (CMS) 2022’ was held at COEX in Samseong-dong, Seoul. Twitter’s Managing Director Kim Yeon Jeong, who is in charge of global K-pop and K-content partnership on Twitter, participated as a speaker. In her presentation, she brought on the theme of ‘Past, Present, and Future of K-Pop and K-Contents.’

Moreover, she conveyed that over the past ten years. The number of tweets for K-content on Twitter has increased significantly by 546 %. It is analyzed that the influence of global fandom formed by Kpop leading the globalization of Korean content by expanding to movies, dramas, and webtoons.

Kpop plays a significant role in the popularity of K-contents. Director Kim said, “The appearance of former K-pop idol actors such as Kim Se Jeong of ‘Business Proposal,’ Lee Jun-ho of ‘Red Sleeves,’ Lee Ji Eun of ‘Broker’ and Ok Taecyeon of ‘Hansan: Rising Dragon’ led the increase in tweets drama of the year.

Moreover, there is also a tendency that content based on webtoons such as ‘All of Us Are Dead’ and ‘Twenty Five, Twenty One’ are raising interest in dramas and original webtoons.

In contrast to the ‘Korean Wave’ of the past, she emphasized that Korean content is growing not only in Asia. But it also has grown in North America, Europe, and South America through digital platforms such as SNS and OTT. The rankings were compiled by counting English and Korean-language tweets related to Korean dramas and films globally during the period, she added, without disclosing specific numbers, citing company policy.

Check out the top 20 countries with the most conversations about Korean content from January 1 to August 18, 2022. It shows that not only Asian countries such as Korea, Thailand, Philippines, Indonesia, India, Japan, and Malaysia, but also other countries such as the United States, Germany, Brazil, United Kingdom, and more.

Is your favorite Korean drama or movie on the list? 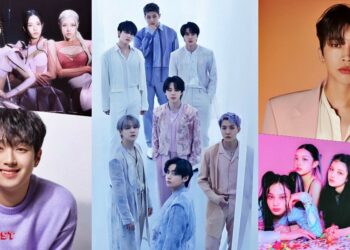