Here’s Why Adele Will NOT Be Making Appearance in “Show! Music Core”, MBC Confirmed 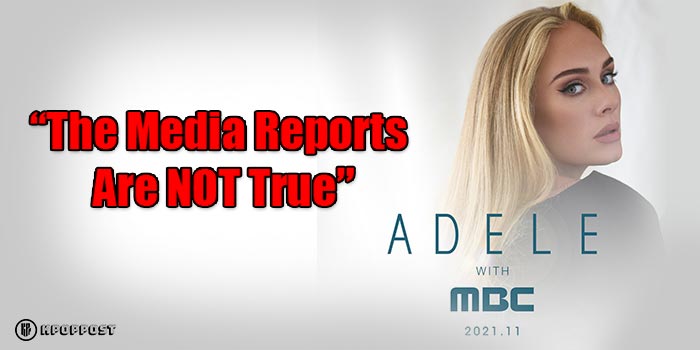 Rumors about Adele appearing in the Korean music show, MBC “Show! Music Core” previously caused Kpop fans to squeak in excitement. However, suddenly the prominent Korean entertainment channel, MBC, announced that Adele will NOT be making appearance in their Music Core show. Instead, they will be making an MBC Adele special Korean fans greetings event. What happened, and what is the reason? Let’s find out!

Adele Will NOT Be Making Appearance in “Show! Music Core”, MBC Confirmed

After rumors about singer-songwriter Adele performing in “Show! Music Core” circulating on the internet, MBC suddenly confirmed that Adele will NOT be making an appearance.

On November 14 KST, an official representative from MBC officially confirmed that Adele will NOT be making an appearance in “Show! Music Core”. That is because the network company actually has a specific plan that is entirely different from the circulating rumors.

According to the MBC representative, the company plans to hold an event where Adele can greet her Korean fans sometime in November. However, it does NOT mean that Adele will be making any appearance in “Show! Music Core”. Therefore, MBC confirmed that the rumor was entirely false.

“Adele is planning to greet Korean fans via MBC sometime in November. That is why we are currently in discussions regarding the details of the schedule and situation. Therefore, the media reports about Adele making an appearance in a specific program are NOT true.

The company will announce more details as soon as we have confirmed everything.”

a representative of MBC.

At the end of the day, MBC still confirmed that they WILL make a special event for Adele sometime in November. After all, the network company posted the official announcement via their official social media accounts.

While it is unfortunate that MBC confirmed that Adele will NOT be making an appearance in “Show! Music Core”, we’re still hoping that they will have an interesting performance soon.

Still, are you excited about this fusion, Kpop fans? Will we be having a collaboration between Adele and our favorite Kpop groups? Stay with Kpoppost, and we will keep you updated.

In the meantime, let us enjoy an FAQ video of Adele with Vogue.