by Jessica H
in K-Stars Profile
0 The BinJin couple has finally become parents to their first child, a sweet son, baby of the century !Son Ye Jin and Hyun Bin tied the knot on March 31 and in September they announced that they are expecting their first son.

The BinJin couple confirmed the pregnancy after Son Ye Jin shared a picture with a long note on her Instagram. The agency later also confirmed the happy news.

Initially, it was reported that Son Ye Jin’s was due in December. However, the baby seems eager to greet his parents sooner than later.

On November 27, the joyful news officially came out that Son Ye Jin had safely delivered a baby boy.

“Son Ye Jin gave birth to a son today. Both the mother and child are in good health.”

Congratulations to Son Ye Jin and Hyun Bin! And welcome to the world, BinJin baby of the century! 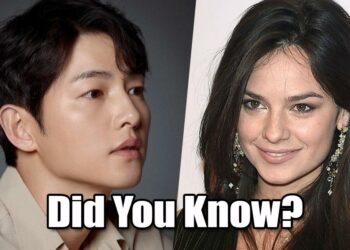