‘I Know But’ (Nevertheless): Romance Blooms Between Han So Hee and Song Kang

by KpopPost Editor
in Kdrama & Kmovie
1 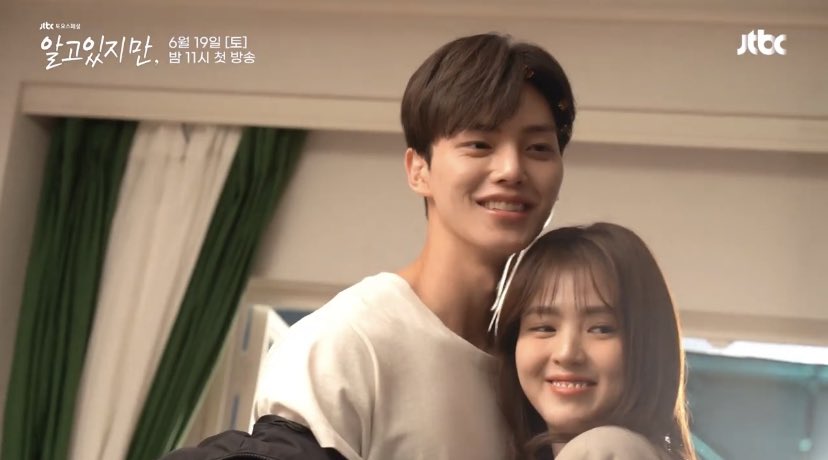 Previously (in)famous as a shameless mistress in The World of the Married, Han So Hee returns in a whole new JTBC drama featuring Song Kang, I Know But (Literal Translation of Algoitjiman), also known as Nevertheless. The romance Han So Hee and Song Kang has been felt as they show a great chemistry during their photoshoot session.

In the latest I Know But footage released by JTBC, Han So Hee and Song Kong show an amazing chemistry that excites many fans in their photoshoot session. They joke around, laughing with one another on set, then immediately turn into serious mode once the photoshoot starts.

Some pictures released on Twitter by fans managed to capture the sweet moments of Han So Hee and Song Kang in their photo session.

‘I Know But’ or ‘Nevertheless’ Kdrama cast

A list of talented actors and actresses have been announced as I Know But or Nevertheless drama cast. Some newcomers were also mentioned to join the production, such as Chae Jong Hyeop (Choi Jae Sun, Sisyphus: The Myth) and Kim Min Gwi (Kim Tae Oh, L.U.C.A.: The Beginning).

Read also about ‘I Know But’ cast here: Song Kang & Han So Hee to Play in New JTBC Webtoon-Adapted Drama

‘Nevertheless’ / ‘I Know But’ Synopsis

The drama portrays Park Jae Eon (played by Song Kang), an Art major university student who doesn’t believe in relationships even though he is extremely cheerful and likes to flirt. Park Jae Eon’s life then completely changes when he falls in love with Yoo Na Bi (played by Han So Hee), who attends the same university. Yoo Na Bi was previously cheated on by her first love, so she stops believing in love. But then, she meets Park Jae Eon and develops feelings for him.

Based on ‘Nevertheless’ / ‘I Know But’ Webtoon

I Know But or Nevertheless is a Kdrama adapted from a webtoon with the same title, “Algoitjiman”. It remains unknown today whether the I Know But webtoon author, Jung Seo, will take part in writing the screenplay.

If you are curious where to read the I Know But webtoon, you can click here. However, it is not yet completed and is still in Korean.

Romance blooms between the two main characters, and you can see how lovely their chemistry in the latest trailer of Nevertheless / I Know But.

When and where to watch ‘I Know But’

Are you as excited as we are?