“You Leave Us No Choice!”: Netflix “Squid Game” Director Confirmed There WILL Be Season 2, But WHEN?

Good news for Kdrama lovers! The director of Netflix “Squid Game” finally confirmed that there WILL be a Season 2 for this unforgettable series. Do you want to know when the release date is?

We have been put inside a mystery for a while about Netflix “Squid Game” Season 2, but now its finally comes to an end. The director himself has confirmed that there WILL be a Season 2 for Netflix magnificent series, “Squid Game”.

According to the interview, Netflix “Squid Game” director Hwang Dong Hyuk, finally confirmed that there WILL be a season 2 for the hit series.

“So, there’s been so much pressure, so much demand, and so much love for a second season. Therefore, I almost feel like you leave us no choice, but I will say there will indeed be a second season.”

When is the Season 2 Release Date?

Once Season 2 for Netflix “Squid Game” is confirmed, the first question that comes to your mind must be: when is the release date?

Unfortunately, even the director himself doesn’t have the answer when Netflix “Squid Game” Season 2 release date just yet. That is because Season 2 of “Squid Game” is still in the form of planning right now.

“It’s in my head right now. I’m currently in the planning process. So, I do think it’s too early to say when and how that’s going to happen.”

What is it about?

Now, since we have to wait patiently once again, Director Hwang Dong Hyuk has promised us one definite detail about “Squid Game” Season 2. He gave us his words that Seong Gi Hun will come back, and he will come to save the world.

“I will promise you this: Gi Hun will come back, and he will do something for the world.”

So, are you all just as excited as we are, Kdrama fans? Considering that the director has confirmed Season 2 for Netflix “Squid Game”, it is a relief for the viewers. After all, there are just too many unanswered questions in the first season. That is why we hope that they will have all the answers in season 2 so we can smile as widely as Lee Jung Jae when he took a picture with Leonardo DiCaprio at the same event.

Therefore, stay with us at Kpoppost for further updates, and let’s watch the full interview of Netflix “Squid Game” director and cast at the 2021 Art+Film Gala while enjoying some trivia facts of the series. 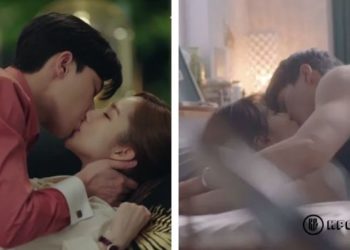