Park Seo Joon, Park Bo Gum, Ji Chang Wook, and Ahn Bo Hyun have been offered to star in a new travel variety show by PD Kim Sung Yoon. Will they accept it?

On May 13, Xports News reported that director Kim Sung Yoon is planning on a new project which is a travel variety show. Four leading actors who worked with him have been offered to star in his new variety project. The actors are Park Seo Joon, Park Bo Gum, Ji Chang Wook, and Ahn Bo Hyun.

“He only just received an inquiry about whether it is possible for him to fit [the show] into his schedule. And we do not know the precise details, namely the program’s plans, nature of it, and cast.”

Previously, he appeared in “Youn’s Kitchen” and “Youn’s Stay,” where he improved his skills in cooking and hospitality as a part-timer. If he accepts the offer, it will mark Park Seo Joon’s first comeback project in the Korean variety show. And will he cook while traveling in the upcoming variety show too?

Recently, Park Bo Gum completed his military service and received a special honor as an exemplary enlistee. He made his first comeback in the entertainment world as the 58th Baeksang Arts Awards host last May 6, 2022.

“Producer Kim Sung Yoon did mention he was planning a new variety show. He is offered to star on the show, but nothing has been confirmed. He is currently reviewing his schedule.”

Since he just returned from military service, if he agrees to appear in the upcoming program, it will be his first comeback to variety shows, especially in the travel variety show. His previous travel variety show was “Youth Over Flowers” (2016), where Park Bo Gum, Ryu Jun Yeol, Ahn Jae Hong, and Go Kyung Pyo from “Reply 1988” had a journey in South Africa.

Actor Ji Chang Wook and PD Kim Sung Yoon worked together on a new drama, “The Sound of Magic.” Glorious Entertainment, Ji Chang Wook’s agency, confirmed that the actor had received the offer, yet nothing concrete has been decided.

“We received an offer from PD Kim Seong Yoon and are reviewing it.”

Previously, Ahn Bo Hyun had attended some variety shows such as “I Live Alone,” “Sixth Sense,” “Whistel Stop,” and more. He is currently participating in “Backpacker,” a new variety show that will premiere on May 26, 2022. In the show, he will team up with Baek Jong Won, Oh Dae Hwan, and DinDin.

Since the concept of the upcoming new variety show is about traveling, we can think about other Korean variety shows that have a similar theme. Like “House on Wheels,”  and “2 Days in 1 Night.”

The news has raised the curiosity and excitement of their fans. Moreover, if all the famous young actors agree to join the show, the audience’s interest will skyrocket and mark it as the high-anticipated variety show of the year.

So, what do you think about the upcoming variety show with a star-studded cast, K-variety fans? Please share your thoughts in the comments below.

Why IU Always Makes Meaningful Donations on Her Birthday 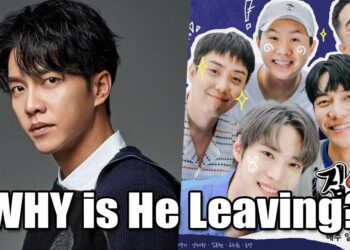 Why IU Always Makes Meaningful Donations on Her Birthday