Are you a long-time fan of the 1st gen Kpop groups? If yes, then enjoy a trip down memory lane because aespa will perform a collaboration remake of S.E.S “Dreams Come True” with one of Korea’s most prominent legends, BoA. Check out these details!

Furthermore, this collaboration between aespa and BoA is a part of a remastering project between SM Entertainment and YouTube Original. This project aims to remaster various legendary music videos of SM Entertainment artists over these two decades on a large scale.

Originally released in 1998, “Dreams Come True” is a hit song from Korea’s legendary 1st gen group, S.E.S. It talks about hopes and promises that all dreams will come true as long as we’re together.

Produced and Directed by BoA

Moreover, in the remake version of S.E.S “Dreams Come True”, aespa will work on a collaboration with BoA as the producer and director. They will combine the recently trending hip hop style with the original pop song, along with a slight R&B vibe.

“The recreation of “Dreams Come True”: a powerful song that connects the past and the future.

On top of everything, Korea’s legend BoA will be the one who personally produces and directs aespa for S.E.S “Dreams Come True” remake, including the choreography and visual aspects.

“It was my first time being the director, so I was confused. It’s hard to describe with words.

Doing better than the original is always difficult. It would count as a success if people say it’s as good as the original.”

When will BoA x aespa Remake of S.E.S “Dreams Come True” be Released?

Finally, BoA x aespa remake version of S.E.S “Dreams Come True” will be released on December 23. Although this song will be part of the “2021 Winter SMTOWN: SMCU EXPRESS” project, apparently, they will release this song earlier than the project release date, which is on December 27 at 6 PM KST.

So, are you excited, Kpop fans? Shall we see how will this legendary collaboration be like? Therefore, please stay with Kpoppost for upcoming updates and information. Meanwhile, here’s the full trailer for BoA x aespa x S.E.S “Dream Come True” remake collaboration. 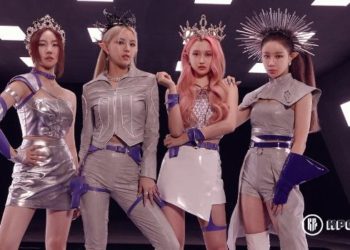