by Chian Kim
in K-Variety
3 The Oscar winner Youn Yuh Jung, PD Na Young Suk, and actor Lee Seo Jin will reunite on a new variety show. If you are one of the K-variety show lovers, find out the detail about the upcoming variety show below.

In response to the report, a tvN official stated,

“PD Na Young Suk is planning a program with Yoon Yeo Jeong. Right now, it is in the early stages of planning, and details are yet to be decided. Lee Seo Jin’s appearance is also being discussed.”

The variety show is expected to be named ‘Unexpected Journey’ or ‘Unexpected Yuh Jung.’ “Yuh Jung” refers to “journey” in Korean words. The upcoming program will be filmed in Los Angeles and directed by PD Na Young Suk and PD Shin Hyu Jeong.

The actress recently joined the 94th Oscars Academy Awards 2022 presenters list, and the ceremony will take place on March 27.

Since there are no details yet about the forthcoming program, hopefully, we can watch the excitement of Youn Yuh Jung’s 2022 Oscars experience on her upcoming variety show.

According to the reports, to film the everyday life of ‘Pachinko’ actress Youn Yuh Jung, the cast and crew will leave for LA in mid-March, and the program is planning to premiere in May on tvN.

Last year, veteran actress Youn Yuh Jung has captivated the world with her role of ‘grandma Soonja’ in the movie ‘Minari.’ With her extraordinary talent, she became the first actress from South Korea and the second actress in Asia who win an Oscar for the Best Supporting Actress.

Previously, PD Na Young Suk and Youn Yuh Jung have worked in a variety show called “Sisters Over Flowers” in 2013. The variety show followed the journey of several celebrities in Europe, such as Youn Yuh Jung, Lee Seung Gi, Kim Hee Ae, Lee Yo Mi Yeon, and Kim Ja Ok in the show.

Moreover, PD Na, Youn Yuh Jung, and Lee Seo Jin have worked together in variety shows such as ‘Youn’s Kitchen’ and ‘Youn’s Stay.’

What do you think about the possibility of Youn Yuh Jung and Lee Seo Jin to reunite in PD Na Young Suk’s new variety show? Share your thoughts in the comment below. 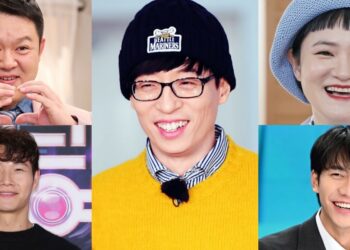