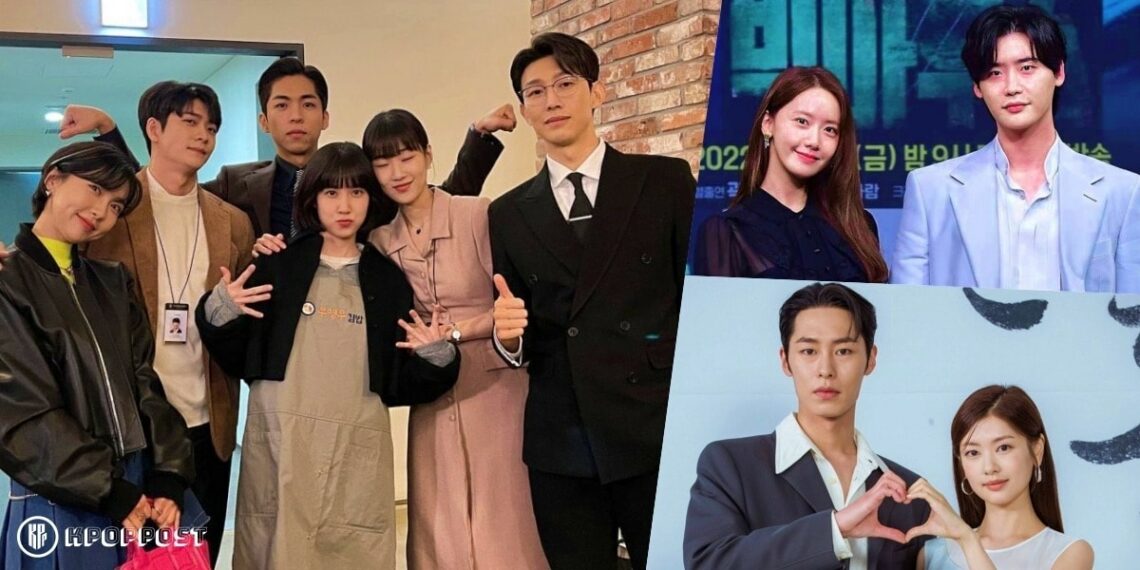 As it approaches its final episode, ENA’s “Extraordinary Attorney Woo” and its actors continue to top the rankings for this week’s most popular dramas and actors. So let’s take a look at Good Data Corporation’s weekly top 10 most buzzworthy Korean drama and actor rankings in the second week of August 2022.

Meanwhile, MBC’s “Big Mouth” ranked No. 2 for the third week, with its stars Lee Jong Suk and Girls’ Generation YoonA ranked at No. 4 and No. 6 on the most buzzworthy drama actor list, respectively.

At No.3, tvN’s “Alchemy of Souls” stayed in the same position on the drama list, followed by KBS 2TV’s “It’s Beautiful Now” at No. 4. Climbed to No.5, there was KBS 2TV’s “Gold Mask” with its female lead rose to No. 10 on this week’s actor list.

Finally, the new drama from KBS 2TV, “If You Wish Upon Me,” landed at No. 8 on the drama list, with its star Ji Chang Wook debuted at No.9 on the actor rankings.

Find out the weekly top 10 dramas that most buzz in the second week of August below.