by Yoonhee Lee
in K-Stars Profile
4 Korean rising actress Han So Hee of “Nevertheless”, “My Name”, and new drama, “Soundtrack #1” hides MORE surprising facts about her true personality, and a fan revealed these facts in a real-life story. Check out the following complete details.

There are so many layers in the true personality depth of rising Korean actress Han So Hee. Amid her mysterious past and challenging struggle in the Korean entertainment industry, Han Soo Hee has proven to be having the utmost dedication not only to her career as an actress but to her fans as well.

Today, one of her fans finally revealed MORE facts about Han So Hee true personality with a real-life story.

On March 2, KST, a real-life story about Han So Hee true personality facts started circulating on various Korean online communities. The story came from someone who claimed to be Han So Hee’s long-time devoted fan who suddenly met the actress in a restaurant.

“I met So Hwee Unnie at a restaurant today.”

According to the real-life story post in various Korean communities, after suddenly meeting Han So Hee in a restaurant, the fan was so thrilled, and she wanted to approach the actress. However, since she knew that it would not have been polite to talk to a person in the middle of a meal, the fan decided to write Han So Hee a letter.

“I know that it’s not polite to talk to someone while they’re eating. So, I wrote a letter to her. But since I didn’t have paper, I wrote it on a napkin and expressed my love for her as her fan.”

Further in the story, the fan decided to give her letter to Han So Hee, so she decided to approach the actress. She gave her the napkin on which the fan had expressed her utmost love for Han So Hee, and to her surprise, Han So Hee true personality revealed.

According to the fan’s story, instead of being annoyed because someone had disturbed her mealtime, Han So Hee smiled and said ‘thank you’ to her fan. Even when the fan continued the conversation by asking for her autograph, Han So Hee spent quite an amount of time looking for a paper to sign. She even made efforts and asked the restaurant employee. After all, the actress didn’t have any paper with her at the time.

“I carefully approached her, and I gave her my letter. But then she didn’t get annoyed at all and said thank you.

She was so kind and warm. That is why I took up the courage to ask for her autograph. She said she didn’t have paper. But then, she spent a while looking for paper for me. She even asked the restaurant employee.”

More Facts about Actress Han So Hee: High Dedication and Respect for Her Loyal Fans

Finally, the fan closed her real-life story about Han So Hee by mentioning that the actress could have just let it go when she found no paper with her. But no, Han So Hee continued her efforts for her fan and spent a long time looking for something to write on. And when they couldn’t find anything, she decided to sign on a napkin.

“She could have just let it go, but she really spent a long time looking for paper. Then, she even asked me my name. Truly, she was really kind.”

This real-life story about Han So Hee proves how the actress true personality are not only kind and affectionate, but also sentimental. On the same day the story started circulating on Korean online communities and social media, Han So Hee also posted a photo on her Instagram story.

In Han So Hee Instagram story was the napkin letter from her fan with a heartful message for her, “ I will support you!”

On top of everything, this fan’s real-life story ultimately revealed how much Han So Hee highly respects her fans. It also proves that Han So Hee holds such a high dedication towards her loyal fans that she’s willing to deliver extra efforts for them.

Are You Excited About Han So Hee and Her Upcoming Drama, “Soundtrack #1”?

So, what do you think about this real-life story that revealed Han So Hee true personality, Kdrama fans? At the end of the day, the rising popularity of Han So Hee and her highly anticipated drama with Park Hyun Sik, “Soundtrack #1” does not make her lose her humility and dedication to her fans. This is one of the reasons why Han So Hee has become one of Korea’s top rising actresses. 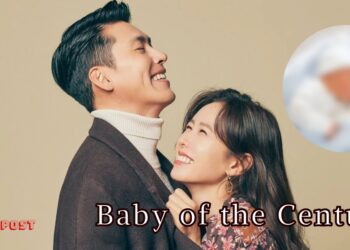 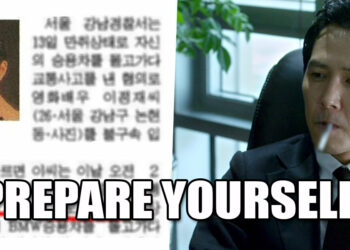