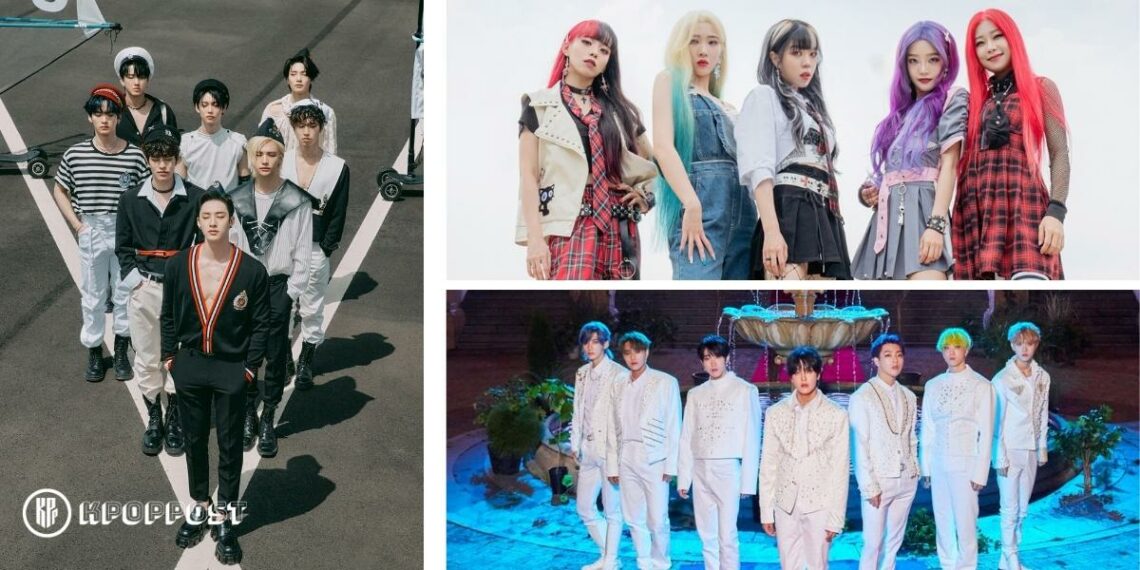 We are reaching October with many high-anticipated Kpop comebacks. Here is the Kpop comeback schedule and lineup for October 2022: TREASURE, Stray Kids, MAMAMOO, Dreamcatcher, (G)I-DLE, LE SSERAFIM, Kep1er, and more.

On September 19, KH Company announced that Seowool will release his solo digital single debut ‘Daystar.’ The ballad single is set to release on October 3.

YG Entertainment boy group TREASURE is set to comeback on October 4 with a second mini-album, ‘THE SECOND STEP: CHAPTER TWO’ album. ‘HELLO’ is supposed to be the title track of their upcoming album. Following the release, TREASURE schedules a special concert on November 12 in Seoul.

Meanwhile, AB6IX is set to comeback with their 6th EP, ‘TAKE A CHANCE,’ on the same date as TREASURE. The title track ‘Sugarcoat’ is expected to be a colorful and cheerful song.

Red Velvet Seulgi is also making a solo debut that will be out on October 4. Fans have been looking forward to her first mini-album, ’28 Reasons.’ The singer has released a mysterious official album trailer that makes us more eager to wait.

Another Kpop comeback that is worth waiting for this October 4 is ONEWE with their new album ‘기어이 또 (Still Here).’ The charming MV teaser has been released and seems to be a sweet rock ballad track.

GF Entertainment revealed that KINGDOM is returning with ‘History of Kingdom: Part V. Louis’ on October 5. In one of the teaser images, it’s written, “In the 8-part ‘History of Kingdom’ series, the main character who will lead the 5th mini album is member Louis.”

South Korean singer and songwriter JAMIE also makes a comeback this October 5, with her new EP ‘One Bad Night.’ Following the release, JAMIE is going to North America for her tour.

Underrated Kpop girl group Rolling Quartz is ready to make their comeback with a second single.

Stray Kids has been dropping enthralling teasers ahead of their comeback. ‘MAXIDENT,’ as the upcoming album, is one of the most-awaited comeback in October 2022.

Other Kpop Comeback in October 2022