by Jessica H
in Rankings
1 On April 20, 2018, the Korea Music Content Industry Association announced a new certification system for the album and song sales.

“Many countries including the United States, United Kingdom, and Japan have been implementing an album sales certification system. However, Korea has not and we received many questions and requests from Gaon Chart regarding this. We decided to implement a certification based on Gaon Chart’s data as such a system is necessary for a country with active music consumption.”

The secretary general for the Korea Music Content Industry Association

Likewise, in the download category, IU and Maktub earn Platinum for surpassing 2.5 million downloads for their songs “Blueming” and “To You My Light.” 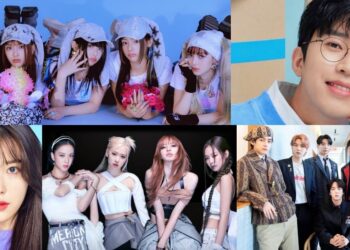