by Yoonhee Lee
in K-Variety
0 A representative from SBS confirmed Lee Seung Gi leaving “Master in the House” 2 on the same day to Maeil Business Daily after rumors and speculations previously circulated on the internet and social media.

“Master in the House” is a South Korean entertainment program on which the cast learns various skills and expertise from their dedicated masters. Lee Seung Gi, Yang Se Hyung, Kim Dong Hyun, and Eun Ji Won have been its permanent cast members since Season 1.

Cha Eun Woo and Shin Sung Rok were also among the cast, but tight schedules forced them to leave last year.

A Decision After Issue with Hook Entertainment – What is His Reason?

“Master in the House” 2 was about to start filming in mid-December. However, after a long discussion, reports mentioned that Lee Seung Gi decided to withdraw his appearance. These reports started to draw attention from local and international media, especially when his issue with Hook Entertainment was still ongoing. And he’s currently fighting alone.

Still, even when SBS confirmed Lee Seung Gi leaving “Master in the House” 2, the production team released a statement denying the report.

According to Korean media report, the “Master in the House” cast and production team will continue filming, but they are all waiting and wishing for the actor to return.

However, it is true that they cannot confirm when Lee Seung Gi will be back on the show. The cast and production team simply hoped that Lee Seung Gi would end the struggle in his heart and resolve his feud and issue with Hook Entertainment. That way, he will then be able to return to “Master in the House” with all the remaining cast members very soon.

“The production team will start filming with the existing members while waiting for Lee Seung Gi.

It’s still undecided when Lee Seung Gi will return to the show. However, the cast and production team hope that Lee Seung Gi, who is currently struggling with his heart, will resolve everything well and return as soon as possible.”

“Master in the House” production team.

At last, it is interesting how SBS confirmation of Lee Seung Gi leaving “Master in the House” clashes with the production team’s denial. Does it mean the actor’s appearance withdrawal has something to do with the so-called power from Hook Entertainment CEO Kwon Jin Young?

Why did Lee Seung Gi decide to leave the show?

“HOOK is one of the production companies of ‘Master in the House’. The show is basically like a table prepared by Kwon Jin Young.

Based on the data that I acquired, HOOK Entertainment and SBS have joined hands to co-produce 4 programs. They include ‘Master in the House’, ‘Little Forest’, ‘Golf Battle: Birdie Buddies’ as well as ‘Circle House’.

While this information may not be public, insiders in the industry knew about it so there is no way that Lee Seung Gi didn’t know.

That is why Lee Seung Gi has no other options but to draw a line and withdraw his apppearance from ‘Master In The House’. He had to do it to cut his relationship with HOOK completely.”

What’s more appalling is that Lee Jin Ho revealed that a high-ranking executive of SBS is a close friend of CEO Kwon Jin Young. And this close relationship resulted in the two of them co-producing shows together. So even when Lee Seung Gi cannot just unilaterally refuse his appearance, he was clearly upset about the situation.

“According to my confirmation, Lee Seung Gi is still reluctant. However, the production team wants to leave all the options open and waits for his return” 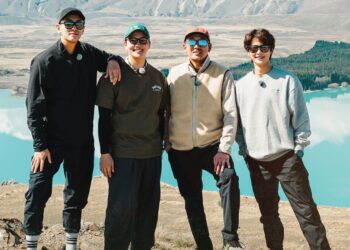 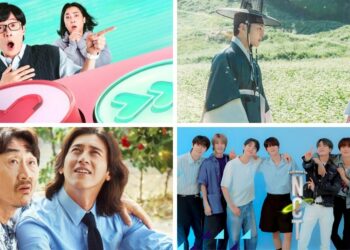