by Jessica H
in K-Stars Profile
1 Recently, Kpop fans have been talking about a trainee under SM Entertainment, who is said to look like aespa Karina. In her latest Instagram post, YouTuber, child model, and SM trainee Na Haeun serves fans with her flaunting youthful visual. So what do you think about her?

On October 13, Na Haeun uploaded a new set of photos to her Instagram account, which her mother manages. Along with the post, she wrote, “It was autumn, right? You even took your headband with you!”

Wearing a school uniform and a Minnie Mouse headband, Na Haeun stares at the camera with her bright puppy-like eyes. She totally nails the look as a model student who’s likely in the middle of a school’s field trip to an amusement park. Although she wears a mask, she can’t hide her youthful beauty.

Who is Na Haeun?

If you haven’t known Na Haeun, she is a YouTuber and model who recently joined SM Entertainment as a trainee. Na Haeun was born in 2009 and first made her name as a dance prodigy at the age of four. She appeared on SBS’ ‘Star King’ in 2013 under the name ‘Little HyunA.’

Since then, she launched her own YouTube channel, ‘Awesome Haeun,’ and covered many dances. Not only that, as a young dancer, she has collaborated with various singers, like DKB, fromis_9, NU’EST, Weeekly, TRI.BE, and more.

Previously, Na Haeun revealed that she is a fan of EXO, BTS, and TWICE, which made fans wonder which big company would be able to make her sign with them.

Opportunely, on April 20, 2022, a report announced that Na Haeun signed an exclusive contract with SM Entertainment. Afterward, she has been actively promoting as an SM Entertainment trainee collaborating with various artists under the same agency.

“Na Haeun is expected to become a next-generation K-pop artist by further growing her outstanding talent and infinite potential under SM’s systematic training and support.”

It was yet to be announced whether Na Haeun will debut as a solo singer or join a girl group. However, fans have high expectations about what kind of music and choreography she will show in the future.

So what do you think about Na Haeun, the cute and sweet SM Entertainment trainee? Feel free to share it in the comments. And please stay with Kpoppost and our Twitter, Facebook, Instagram for more updates.

If you want to try some Kpop idol auditions, you’d better watch and take notes of some tips from Na Haeun:

Subscribe to our Telegram Channel for some Kpop and Kdrama discussion. 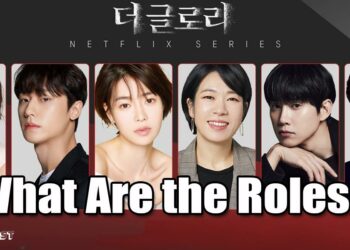