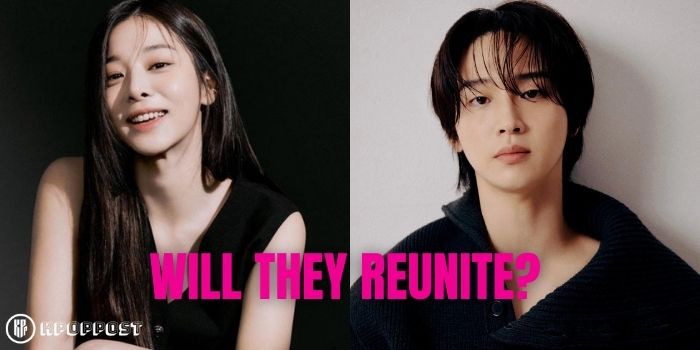 “Business Proposal” cast Seol In Ah will be starring in an upcoming new drama called “Oasis,” while Jang Dong Yoon is currently in talks to join the new drama.

According to Korean media outlet Sports Chosun on May 26, actress Seol In Ah will be the female lead in a new KBS drama “Oasis.” Yoon Sung Shik, the director of hit Kdramas “Hwarang” (2016) and “Mr.Queen” (2020), will direct the upcoming drama. Meanwhile, Jung Hyung Soo, who worked for the hit Kdrama “Jumong” in 2006, will pen the script.

What Is the Upcoming Drama “Oasis” About?

“Oasis” is set in Korea’s stormy period from the 1980s to the 1990s. It depicts the lives of young people who are forced to live solely to pursue power and wealth, and are surrounded by erroneous social values.

Oh Jung Shin, also known as Sophia, was born in 1961 and is the daughter of the Namhae Theater owner. She left Seoul for Yeosu and spent her school years with Lee Doo Hak and Chul Woong.

After experiencing emotional heartbreak with Lee Doo Hak, she enters the film industry to save her family’s theater. She grows into a powerful female cultural figure who is relentless in her pursuit of a profession and vengeance.

Lee Doo Hak came from a low economic family, yet he is a good-hearted young man with a brilliant brain. However, he gets entangled in a whirlpool of events and finds himself in the midst of a conflict. Further, he becomes a “political gangster” and seeks to avenge his father’s unjust death.

After playing the king’s concubine in the hit drama “Mr. Queen,” her name began to rise.” And after her fantastic acting in the successful romantic comedy series “Business Proposal” on Netflix, many fans and viewers are looking forward to Seol In Ah’s next project.

In the upcoming drama, Seol In Ah will play the role of Oh Jung Shin, a powerful and persistent woman. Therefore, we can anticipate another amazing acting ability from her through the upcoming drama. In addition, “Oasis” will be her reunion project with director Yoon Sung Shik after their last project in “Mr. Queen.”

Jang Dong Yoon has received an offer to play the role of Lee Doo Hak. He is currently still reviewing the proposal positively. However, if he accepts the offer, it will be his second project in 2022 after a romantic fantasy drama, “My Man is Cupid.”

And if Jang Dong Yoon accepts the offer to play Lee Doo Hak, then it will be his reunion with Seol In Ah after their first drama together in “School 2017.”

Please stay with Kpoppost and follow our social media (Instagram, Facebook, and Twitter) to find out more about “Oasis,” the upcoming new drama starring Seol In Ah and Jang Dong Yoon. Also, subscribe to Kpoppost Telegram channel for the latest stories and breaking news.