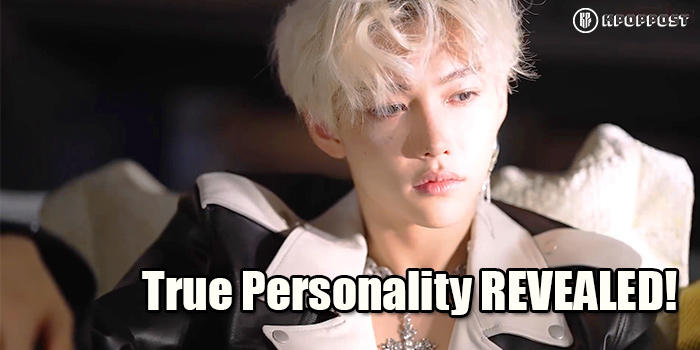 One of Stray Kids multitalented members, Lee Felix, finally revealed his true personality with these precious items and statements about his voice and MBTI type changes. If you are a true STAY, then you need to write these down.

The 4th Kpop gen leader, Stray Kids, has always been an iconic representation of the Kpop industry. Aside from the fact that they have managed to achieve outstanding accomplishments 4 years after they debuted, Stray Kids possesses numerous values that are one of a kind. One of these iconic and unique values of Stray Kids comes from its exceptional member, Lee Felix.

While Bang Chan is extremely popular for his outstanding leadership and Prince Hyunjin for his unrivaled visual and dancing skills, Stray Kids Lee Felix is a LOT more complicated than the other remaining Stray Kids members.

Everything about Felix screams uniqueness. From his distinctive visual, deep sexy voice, and sweet caring personality, it is really no wonder if Lee Felix becomes more and more of a Stray Kids icon. Today, we can finally get to know more about Stray Kids Lee Felix and his voice secrets and MBTI type changes after he revealed his true personality.

Stray Kids Felix Voice Secrets: It All Began When He Hits Puberty

First and foremost, you should know that Stray Kids Lee Felix voice is not always this deep and charming before. In an interview with Singles Korea, Stray Kids Felix revealed that his voice gradually changed after he hit puberty. It slowly became deeper and grander throughout his puberty, and today, it just naturally comes out when he records or performs on stage.

“You could say that my deep cave voice is my identity. I like my deep voice that naturally comes out when we record or perform live on stage. My voice got gradually deeper throughout puberty, and I’ve been told a lot that it’s very charming. So when I record, I always pay close attention to my tone and pitch.”

Along with his deep and sexy cave tone, Stray Kids Lee Felix voice is also incredibly popular with its opposite duality. His voice may appear deep, dark, and extremely heavy on-stage. But at the same time, Stray Kids Felix voice can suddenly change to a high tone like a baby off the stage.

According to Stray Kids Felix, this change of his voice tone is mostly because of his excitement. And he loves this wide spectrum of his voice just as much as we do!

“On variety programs or when I’m with my members, my voice naturally gets higher because I’m excited. That’s why my voice spectrum feels wide.”

Due to this completely opposite duality of his voice, many people frequently suggest Stray Kids Lee Felix to try voice acting. While he’s certainly interested in it, there has yet been an opportunity for Felix to try voice acting and narration. That is why, if there is a chance in doing so, Felix would certainly do it! After all, his rich voice spectrum originated from his abundant love for animations and cartoons.

“I often hear that I should try voice acting, and I wonder whether my broad voice spectrum because I have liked animations and cartoons ever since I was young.

Along with his deep and sexy voice, one of the most notable characteristics of Stray Kids Lee Felix is his sentimental and kindhearted personality. Unlike his cold and dark impression on stage—which we are pretty sure many of you would think so at first—Stray Kids Lee Felix is incredibly famous for his kind heart and affectionate traits. And the fact he always carries these 4 precious items with him proves just how sweet Stray Kids Lee Felix truly is!

The first favorite item that Stray Kids Felix likes to carry everywhere is his black LV backpack. He mentioned that the black LV backpack is his most favorite, and he always carries the bag around every day. While you might think that this item represents his fashion style, it actually proves how much Stray Kids Lee Felix has a sentimental personality.

During an interview with Singles Korea, Stray Kids Felix revealed that his black LV backpack is a birthday present from his father. That is why it has become his favorite bag, and he’s using it very well.

Furthermore, true STAY fans would know that Felix always carries his second phone, his old phone, with him everywhere he goes. And unlike other celebrities, the reason has nothing to do with privacy and security at all. Instead of the phone, it is actually because of the phone case.

In the interview, Felix mentioned that he received the red phone case after donating to “Save the Children”. However, after changing his phone to a new one, he found that this precious phone case doesn’t fit his new phone. That is why he decided to carry his old phone everywhere with him.

On the phone case was a quote that says, “Love is Everything to Me”, and Felix stated that he loves the phone case so much he’s willing to carry it everywhere.

The Save the Children Fund—commonly known as “Save the Children”—is an international NGO dedicated to helping the children and improving their education, health care, and economic opportunities for the better, as well as providing emergency support in natural disasters, war, and conflicts.

By donating to this charity, Stray Kids Felix has once again revealed his caring and tenderhearted personality by taking his personal step to help our future generations.

When discussing the items, Stray Kids Felix revealed his personality and idea of wanting to protect the environment. That is why he decided to switch to vegan products.

“I decided to switch to these vegan products to protect the environment.”

And finally, Stray Kids Lee Felix admitted that he likes to drink his tea while eating some cookies, just like a true Australian usually does. However, since he’s usually on a diet, he’s worried about gaining weight. That is why Stray Kids Felix decided to carry LOTUS Biscoff vegan cookies with him everywhere. It is his favorite vegan biscuits that he likes to cook with, and he believed that he didn’t gain that much weight when he ate the cookies.

With these cookies, Felix proves just how much dedication he has to maintain his lifestyle as an idol. However, at the same time, Stray Kids Lee Felix sets an excellent example with his easygoing personality to live a healthy life despite his strict and demanding profession.

Finally, Stray Kids Lee Felix also mentioned in the interview that his MBTI personality type has apparently changed from ENFP to ENFJ, and he liked this change.

According to Stray Kids Lee Felix, while ENFP has great social personalities, is free-spirited, and likes to make others happy, ENFJ is much deeper. That is because the ENFJ type believes that respecting others’ opinions is equally important as the conversation itself. That is why Stray Kids Lee Felix believes that this MBTI personality type change reflects how much he has matured as an individual.

“ENFJ is similar to ENFP, but they think conversing with others while respecting their opinions is essential. In that regard, I felt that they have a more intimate influence on those around them. I think these characteristics reflect that I have become more mature.

I also think I have become more of a well-organized person. At the same time, I listen closely to the others’ concerns while giving them comfort and energy, which then, in turn, gives me strength as well.”

So, what do you think about these true personality type changes in Stray Kids Lee Felix? Feel free to share how much you love about Stray Kids Felix visual, voice, or personality in the comments, and stay with Kpoppost on  Instagram & Facebook for more Stray Kids updates.