On December 13, Kim Seokjin (BTS Jin) officially enlisted in the military at the recruit training battalion of the 5th Infantry Division in the eastern county of Yeonchecon, Gyeonggi Province. It has only been two days, but some ARMY can’t help missing him days and nights. So, we make up a list of songs you can listen to when we miss BTS Jin during his military service. Can we say this as a “Missing Jin” playlist?

Songs to Listen to When You Miss BTS Jin

One of the bright tracks of BTS 2020 “Map of the Soul: 7” album should be on your “Missing Jin” Playlist. “Moon” is one of BTS Jin’s beloved solo songs. The upbeat ballad has a tender sentiment, reminding us that the moon is always there, although the Earth sometimes can’t see it. Just like when ARMY can’t see Jin during his military service, we can be sure he is doing very well there.

The latest solo song he released before his military service is always an excellent choice to always remember him in our hearts. “When I’m with you, there is no one else,” he sings with his silvery voice on the glittering chorus. Since we won’t receive new music from Jin, “The Astronaut” is here to keep us all company for the time being.

The melancholic solo song of BTS Jin, “Epiphany” from the “Love Yourself” series, always reminds us that we are precious. BTS Jin makes a bold statement that we should never forget, “I’m the one I should love in this world.”

Jin never holds back when he writes lyrics for a song, including the good ballad for “Jirisan.” With his falsetto voice, he sings, “Every night I see you in my heart, every night I end up crying.”

Although it is not Jin’s solo track, BTS Japanese track “Film Out” should be in the playlist when we miss BTS Jin. The song for the Japanese film “Signal: Long-Term Unsolved Case Investigation Team” put Jin as the focal point of the music video, showcasing Jin’s multi-talents as a performer.

A piece of orchestral music opens the song before Jin’s expansive vocal range is put on full display. “Awake” is a perfect song we listen to when we need to be strong. And, of course, at any time when we miss Jin. With his falsetto voice, Jin sings the chorus,

“Maybe I, I can never fly
I can’t fly like the flower petals over there
Or as though I have wings, yeah
Maybe I, I can’t touch the sky
Still, I want to stretch my hand out
I want to run, just a bit more.”

The energetic, funky EDM song “Stay” from RM, Jin, and Jungkook will surely makes us stay strong while waiting for Jin to finish his military service. Like Jin says in the song, “Yeah, I know you always stay.”

Another subunit that we have to stan is Jin and V. Back in 2016, V was starring in a Kdrama “Hwarang: The Poet Warrior Youth.” The playful, bouncy song “It’s Definitely You” from Jin and V gives additional energy to the Kdrama.

Jin shared his personal “Abyss” as a birthday gift to fans in 2020. The actor of singing sincerely shared his feelings with fans through this song. Music is a safe place for anyone who finds themselves lost.

We shouldn’t skip this funny and cheerful song with enjoyable choreography by BTS Jin.

Listen to above songs when you miss BTS Jin in the time being. until he is back with new music for us. Do you want to add any song for the “Missing Jin” playlist? Feel free to share with us in the comment section below. Keep your tab open and follow Kpoppost on Facebook, Twitter, Instagram, and Telegram for more exciting news on Korean entertainment. 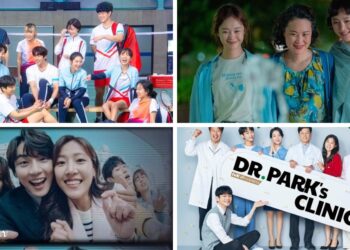 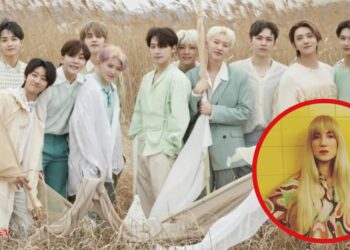