NMIXX talented rapper and vocalist Jinni is leaving the group and JYP Entertainment despite having debuted merely a year. So what happened to Jinni, and what the reason of Jinni leaving NMIXX and JYP? Apparently, fans believe the signs have been there for a while.

NMIXX Jinni is Leaving the Group and JYP Entertainment

JYP Entertainment has once again lost its most promising talented member, Jinni of NMIXX. After just a year of debuting, Jinni is now leaving NMIXX and JYP Entertainment.

On December 9, Korean media reported an official statement from JYP Entertainment that NMIXX Jinni is leaving the group and the agency. According to the report, Jinni is leaving NMIXX due to personal circumstances. Therefore, the agency decided to terminate her contract.

This sudden news has shocked the entire Kpop enthusiasts. That is especially knowing that Jinni is the second NMIXX member who trained the longest after Lily in JYP Entertainment.

Jinni, who has been an NMIXX member up until today, will be leaving the group due to personal circumstances. Therefore, her exclusive contract has been terminated.

We truly apologize for the sudden news that may cause concern to fans.

As a result, NMIXX will be carrying out their future scheduled activities as a 6-member group.

Still, we truly ask that you continue to give lots of encouragement to Jinni as she walks her new path. We would also ask that NSWER give immense support to NMIXX’s remaining 6 members as they continue to grow and race toward their dreams.

Once again, we apologize to the fans who have given so much support to NMIXX.

We Might Not Know Why, but Fans Believe the Signs Have Been There

NMIXX former member Jinni was a trainee under JYP Entertainment for about 6 years. She was one of Kpop group members who trained the longest and the second NMIX member after Lily. But ever since her trainee time, Jinni had always been the main focus every time she showed up.

As a trainee, Jinni was truly a promising prodigy. And as an idol, Jinni has just the right visual and talent to be the next Kpop queen.

But today, she must step back from the spotlight, resetting all the years of dream, passion, and hard work. While we may not know why Jinni leaving NMIXX and JYP, fans believe that the signs have been there.

Twitter fans stated that they noticed changes happening to Jinni and NMIXX. Firstly, despite her queen-like visual and powerful stage presence, Jinni has apparently been pushed aside from the center position.

In addition, fans also notice Jinni’s absence from several activities. Not only that, there are claims that suspected a certain level of favoritism towards other members that resulted in slanders and bullying to Jinni.

While nothing has been proven officially, netizens believe that these might add to the reasons why Jinni leaving NMIXX and JYP.

Leaving NMIXX and JYP Entertainment Marks Another Beginning for Jinni

Finally, although Jinni has left NMIXX and JYP Entertainment, it doesn’t mean that it will be the end of her career. Despite all the reasons why Jinni leaving NMIXX and JYP today, her visuals and talent as a powerful all-rounder will genuinely be sufficient values and assets that guarantees her future return.

Jinni trained for 6 years along with Lily, she waited for a very long time just to debut with #NMIXX and now she just left the group just like that, she deserves so much better. she's such a perfect idol, a stan attractor and you can see that she really loves & enjoy performing. pic.twitter.com/x67TjBSRiM

Yeji once talked about how close they were (Jinni) back then, and that they were roommates at the dorm during their trainee days. It's really sad about the sudden news about Jinni, Let's all wish her the best and let's keep continuingly support them. 🥹😭pic.twitter.com/9r2jb4MCJn

But of course, that is if she decides that she wants to return later. We will miss you, Jinni! And we wish you all the best in your future endeavor. 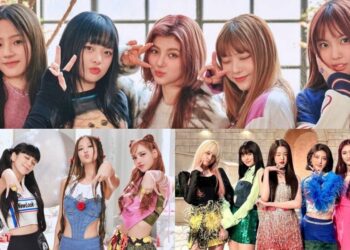