Facts About BLACKPINK Rosé that Will Brighten Up Your Day 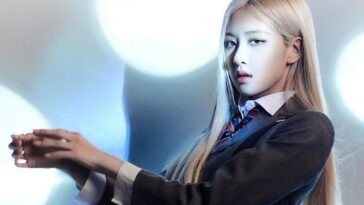 We watch our favorite celebrities on screen, and we think we know them. However, there is so much yet to be known, little things that could bring a smile to our face. 2021 has been nothing short of surprises, especially with BLACKPINK Rosé’s solo debut. We were so happy to see that, and it looks like 2021 has brought her fans a little closer to her with this debut. But that’s not it; there is more; we have discovered some hidden facts about BLACKPINK Rosé that makes her all the more interesting and worth the hype.

Rosé too has an annoying habit

The truth is these favorite celebrities of ours are no different than us. They, too, have annoying habits.

Do you want to know what Rosé’s annoying habit is? One of the facts about BLACKPINK Rosé is her bad habit of cracking knuckles. I am pretty sure most of you do this too. Her sister revealed this annoying habit of Rosé in an interview. She apparently enjoys clicking her thumbs and often irritates people sitting close to her with that noise. Rosé even admitted to doing that purposely, especially when she is around her sister, Alice. Well, we sure understand why Alice finds it highly annoying!

The genesis of her name

Rosé, full name Roseanne is a pretty off-beat name, and she explains why in her YouTube channel. She spoke of her past and where she grew up. Rosé grew up in New Zealand, she needed an English name, and hence she became Roseanne. Her father came across her name in a book, and he wanted her daughter to be named the same. Her Youtube channel has many of her fans on board, and she keeps it entertaining by giving a little sneak peek into her life. You should follow her channel!

I was born in New Zealand, so I needed an English name. My parents apparently bought a name book. I think it was my dad who looked through it. So they were searching through names, and he came across the name ‘Roseanne.’ I think my dad found that name to be really nice, so he chose it. I’m gonna have to ask him again, but from my memory, that’s how they decided on that name.

Rosé is quite a foodie. She spoke about the same in one episode on My Little Old Boy. She spoke of the time when she was a trainee. Those days they were not allowed to eat junk food. However, she found her way and loaded her pillowcase with junk food. She would hide junk food in odd places, so she could enjoy the same when no one was around. However, she was unlucky, and her junk food soon got caught by a staff member, and she had to give it all up. Who doesn’t love junk food, isn’t it? We are very proud of Rosé for how she handled the no-junk rule.

She was not always in love with Music

We were shocked too! Rosé is one of the best artists we know in the K-Pop world, and hearing that she once lost her passion for Music is unbelievable. She spoke about the same in her YouTube channel. She told us in the video that she had been playing piano since she was a child and was surrounded by Music all her life. However, there was a time when she just didn’t enjoy it. She said that she even hated to listen to Music at that point in her life. That episode definitely hit her confidence too, and it took some time to recover. However, we are glad that was just an episode, and she rose above it. We could not even imagine K-Pop without her.

In an episode of My Little Old Boy, Rosé once spoke of crying over food. It was apparently because of some bean sprouts that she ate while in Thailand. You may think she cried because she hated them? But nah, it was the opposite! When she tasted them first, she realized how crunchy they were and found them really delicious. Hence she cried out of love. It was love at first taste for her. Rosé is an emotional soul, and she doesn’t shy away from them. She lives, laughs, cries openly, and we are so proud of her for that.

This is one of the facts about BLACKPINK Rosé that will help you when you’re in danger. During the interview in the episode of My Little Old Boy, Rosé revealed that she practices ventriloquism for her safety. In case of being abducted and taped on the mouth, Rosé can ask for help by doing ventriloquism.

We are so glad Rosé decided to release her solo debut this year, and it’s heartwarming to know that this is just the beginning. We hope to hear her more, know her more, and we wish her luck all the way.