On April 14 and 21, the “Queendom 2” lineup, which consists of six teams, showed their best performance with other teams’ hits. At the end of Round 1, the participants received a mission to cover a song from the other team. They also have to interpret the piece through their performance.

Hyolyn, who took first place in round 1, was granted a chance to arrange the order of the groups’ performances.

Hyolyn put WJSN in the first place to perform, followed by LOONA in second, Brave Girls in third, VIVIZ in fourth, and Kep1er in fifth. Finally, she put herself in the sixth position or the last performance.

Let’s watch their performances below.

In the second round, girl group WJSN successfully covered the song “Navillera” by GFRIEND (VIVIZ) with their own style. They brought the classic style of “Navillera.”

LOONA – (Shake It by SISTAR)

Meanwhile, LOONA hit the stage with a new version of SISTAR’s “Shake It.” Although they missed the first round and left them in the last rank position, they finally convinced the audience with their best performance in the second round.

The members of Brave Girls tested positive for Covid-19 sometime ago and still practice their singing and choreography during their self-quarantine. In this round 2, they have successfully shown to the audience the different colors of Kep1er’s song “MVSK,” which fits with their style.

Further, with the dress concept of Flamenco and challenging choreography, VIVIZ nailed “Unnatural” by WJSN with different vibes on the stage. The fresh choreography and expression make an impressive new version of “Unnatural.”

Rookie girl group Kep1er has slayed Brave Girl’s “Pool Party (Rollin)” with a fun and cheerful concept. Although some members had minor accidents on stage, they maintained their professionalism and kept the show going.

Hyolyn – (So What by LOONA)

Once again, Hyolyn amazed the audience with her performance. She hit the stage with LOONA’s hit “So what” and slayed it with a cat woman concept. She explained that she wanted to deliver the song’s message boldly and badly.

The second round of “Queendom 2” ended with Hyolyn staying in the first place, followed by LOONA in second place, then WJSN in third place, VIVIZ in fourth place, Kep1er in the fifth place, and Brave Girls in the sixth place.

Stay tuned for the next episode of “Queendom 2” on Mnet’s YouTube channel every Thursday at 9:20 p.m. KST. 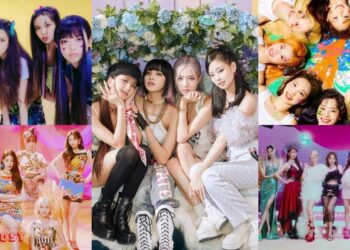